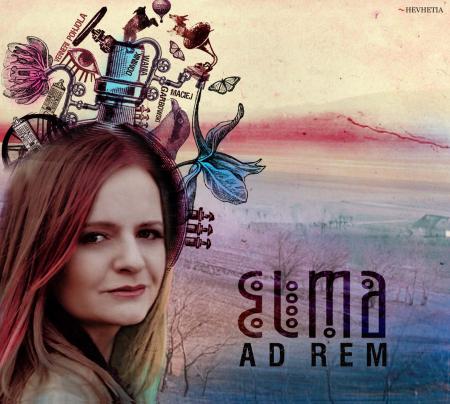 "Elma treats her voice as an instrument, which has always been the basic rule of great vocalists. Since the human voice is limited only by the vocalist´s imagination, it is the most versatile and virtually unlimited instrument, a fact which becomes plainly evident to anybody listening to this music. With the incredibly compassionate accompaniment Elma receives from her three partners, the resulting music is one of the most unique musical creations recorded in the last few years.

The importance of this music is twofold; firstly it is breathtakingly beautiful, emotionally intense and aesthetically stunning, and secondly it is intellectually courageous and fascinating. Elma is not regressing to the 1970s to create more of the same vocal Improvised Music created then, but takes the tradition right up to date, moving forward and updating the concept, adapting it to contemporary Jazz language, sound and vision. Her vocalese and other tricks of the trade, most of which she invented herself or expanded from earlier examples, is a completely new language in itself, which enables her to go where nobody went before; an extremely rare quality these days.

The contributions of the three instrumentalists present here is simply outstanding. They all manage to contribute to the music without overshadowing the focus of the vocals and their empathy and ability to communicate with Elma almost telepathically is simply phenomenal.

This is indisputably one of the most important albums released on the Polish Jazz scene in the last decade, and as far as vocal Jazz is concerned, also on a world scale. There is no other vocal Improvised Music of this intensity and innovative authority anywhere else at the moment, which makes this album simply a one of its kind. To say the truth, this album should be studied by every vocalist in the world, Jazz and otherwise, just to make them aware of what the human voice (and mind) is capable of.

From the review by Adam Baruch, The Soundtrack of My Life

€8 + €4 for shipping worldwide
The CD will be sent to your address as soon as the PayPal transfer is completed.